Hello, we are Francesca and Carlo, a couple of young entrepreneurs, with a great passion in common, that for travel, which has given us the opportunity to discover and appreciate, in addition to many places, new traditions and rituals, expanding and enriching our wealth of knowledge. 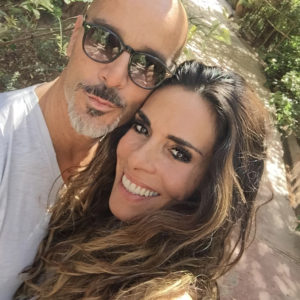 We speak fluent English, French, Japanese and some Arabic.

Francesca has been a manager, in some of the best known pharmaceutical companies in the world, covering for years leading roles in marketing and communication, which led her to travel halfway around the world.

Having become a mother, she decides to return to Lecce, to be able to devote all her attention to her daughter, thus leaving a job that she deeply loved, but which at the same time totally

absorbed her and asked her for ever greater availability.

With the exuberance, eclecticism and determination that distinguish her, in Lecce she decides to revive an old dream of hers, that of being a fashion designer, and so she founded FRASETTE, a company that produces luxury bags and accessories, totally handmade, which today counts numerous important customers, in Italy and abroad.

The passion for hospitality, the perfect knowledge of three languages ​​(English, French and Japanese), combined with the fortune of living in such a beautiful city, give Francesca the opportunity, for several years, to receive many friends in her apartments, many of which come from other countries, which she covers with a thousand attentions, with her culinary skills and with the desire to let them discover her land with which she has always been deeply in love.

It’s her friends and guests who, in 2017, convinced her to give birth to the Buon Consiglio BnB project, which Francesca creates in one of the most famous and central historic buildings of Lecce. In reality, more than a bed and breakfast, il consists in two large and luxurious apartments of about 120 square meters each and equipped with all comforts.

Carlo has worked for over thirty years for some of the most important international fashion companies, both in Italy and abroad, devoting himself mainly to international retail and e-commerce business development.

A few years ago, he founded a company that deals with Renewable Energy in Morocco, actively participating in the development of the country’s Green Economy and achieving important innovation projects.

Returned to Lecce in 2018, today Carlo supports Francesca in the management and development of  FRASETTE and Buon Consiglio BnB business, in which he also pours all his history and his professional and travel experiences.

Copyrights. The entire content of this Internet site, including but not limited to text, photographs, illustrations, video, sound and other material (collectively referred to as “Content”) is subject to copyright protection.

By using the site, you accept our use of cookies. more information

This site uses cookies to provide the best browsing experience possible. By continuing to use this site without changing your cookie settings or by clicking on "Accept", you allow their use.